Thank you very much for your help with the booking, the Mustang Coupe experience was amazing!!!!! Fred and his son were very nice and helpful. I can’t recommend you guys enough!!! Max.

Driving 'Bertie' was such a fun way to spend the day - amazing car! Keith was a great host too... really knew his stuff. The whole day was a great success, and we'd definitely do it again soon! Peter.

Fallen in love with Rocky! many thanks. Marty

The Mustang and the service that we received were excellent. It was fun for the whole family. We took it cruising down the beaches and really enjoyed the roof off experience. Glorious weather in a beautiful car.  Julie.

Reggie has real class. And both my (now) husband and father had a great time behind the wheel. Emily

The best day out we have had in a long time. Very, very sad to hand Penelopes keys back! The company recommended a great route which was perfect for the car and very scenic. The great weather helped, we had the hood off all day. Robyn..

Thanks so much for lending Penelope to us for the day, Neil loved driving her and when given the choice to drink wine or drive her home he chose Penny!!  Suzie and Neil.

We were very happy to have had the London cab for our wedding.Having ‘enry there really completed our day and would like to thank yourself and Keith for making it happen.  Darrell and Holly

It took around 15 minutes to learn the ropes of this magical E-Type Jaguar. We drove to Wiseman’s Ferry with the hood off and reignited our youth.  Robyn.

Just a note to say a massive thank you for the use of ‘Reggie’ on our special day (despite the rain). Mum and Dad were delighted and dad won’t stop talking about it. Thanks so much Holly and Chris,.

This is the best gift you can get. A day to roam the scenic drives south down to the Illawarra and back. A must for anyone that dreams of owning an mg. Phillip.

Holly-Rose is a delight and she was so beautiful. What a beautiful car. Thank you. Ian.

We really enjoyed our 2 days with Roger. We had a good drive around Sydney and enjoyed our lunch at Glenmore Heritage Golf club. Les.

We had a ball in Hank as a family, it was great to see Dad enjoy himself for his 70th birthday Scott.

All the arrangements went smoothly, we had a wonderful time in Stanley. Thanks for your help, especially for arranging it at such short notice. We will happily recommend you to our friends. Regards, Sandra. 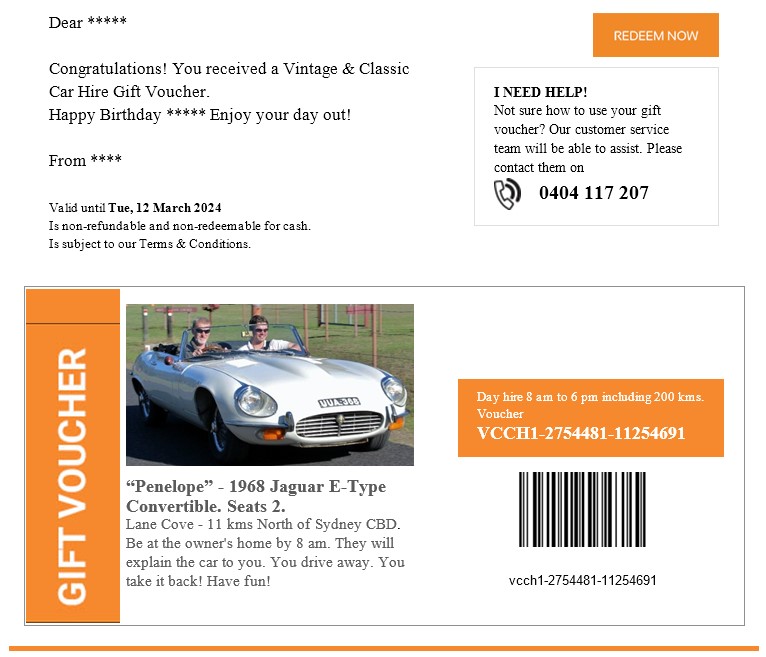 A multitude of vintage Mustangs for you to rent!

Take your pick from convertibles or fastbacks! We have classic Mustangs from the sixties for you to rent in Brisbane, the Gold Coast, Sydney, Melbourne, Adelaide and Perth .

The first Ford Mustang rolled off the production line in August 1964. By the end of the following year over 700,000 had been produced, making it the most popular new model ever produced. That record has not been broken. 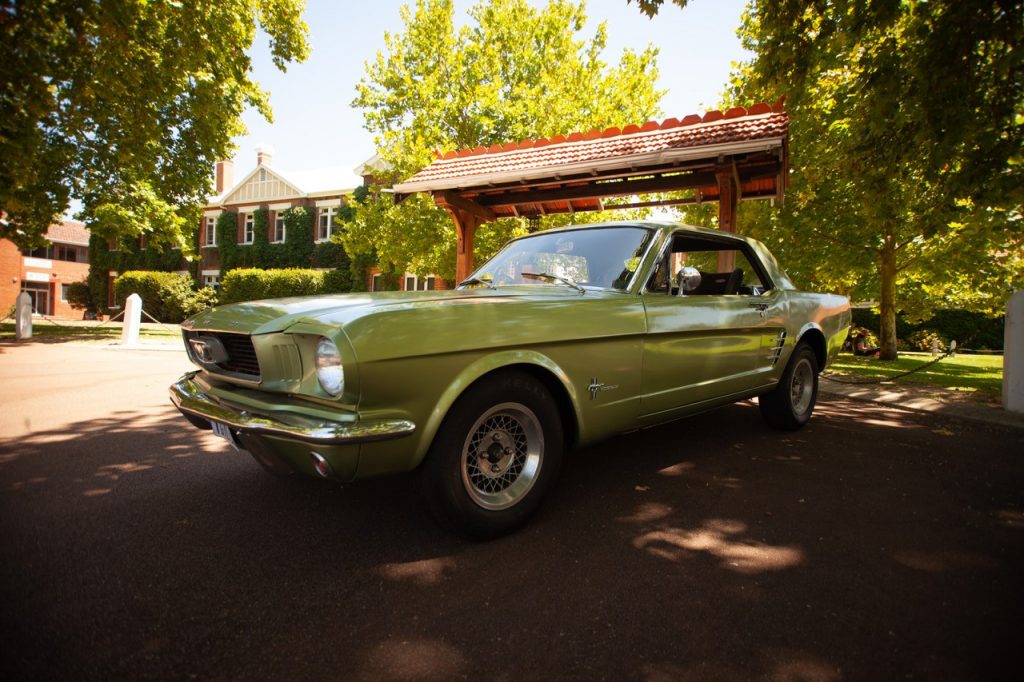 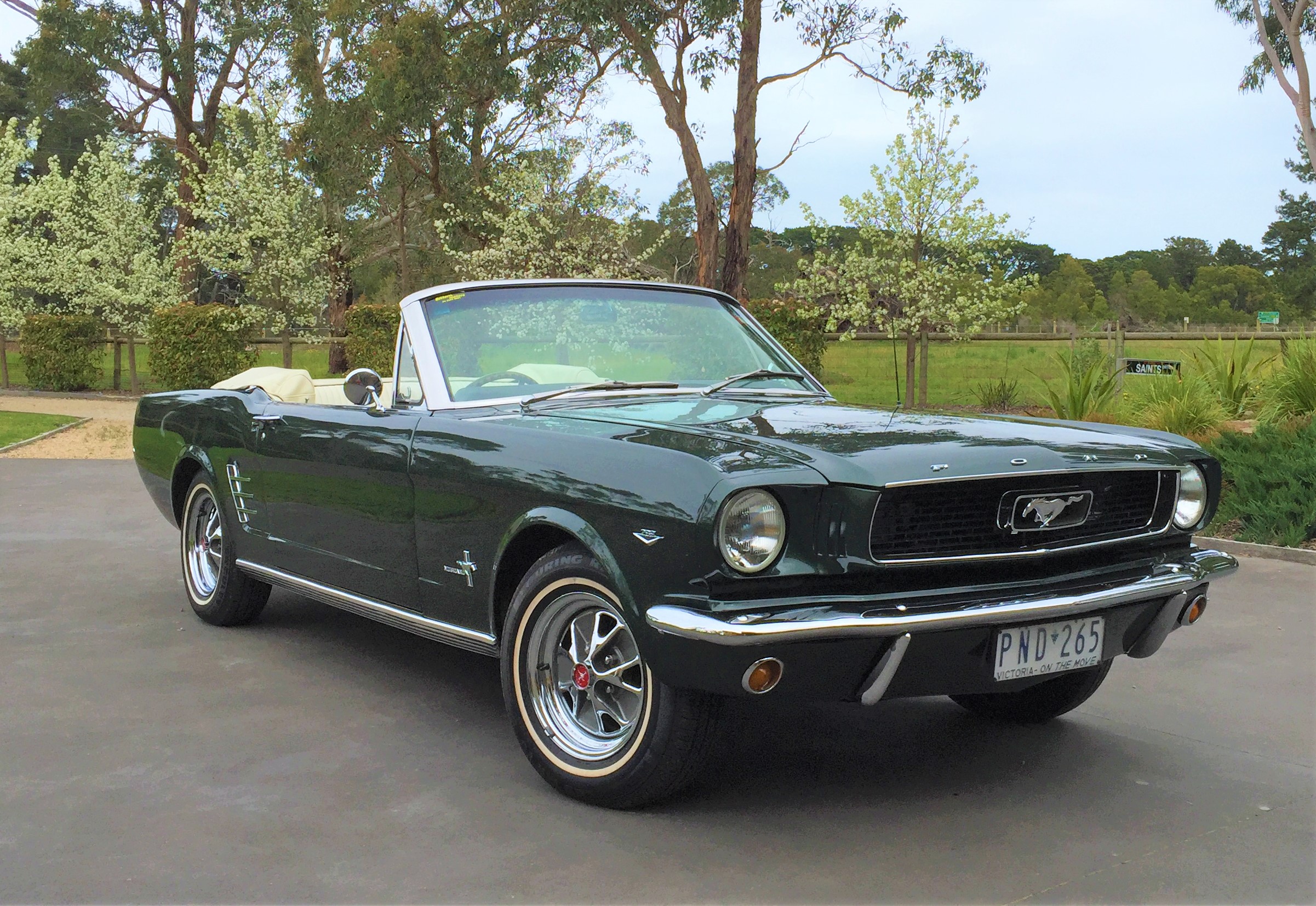 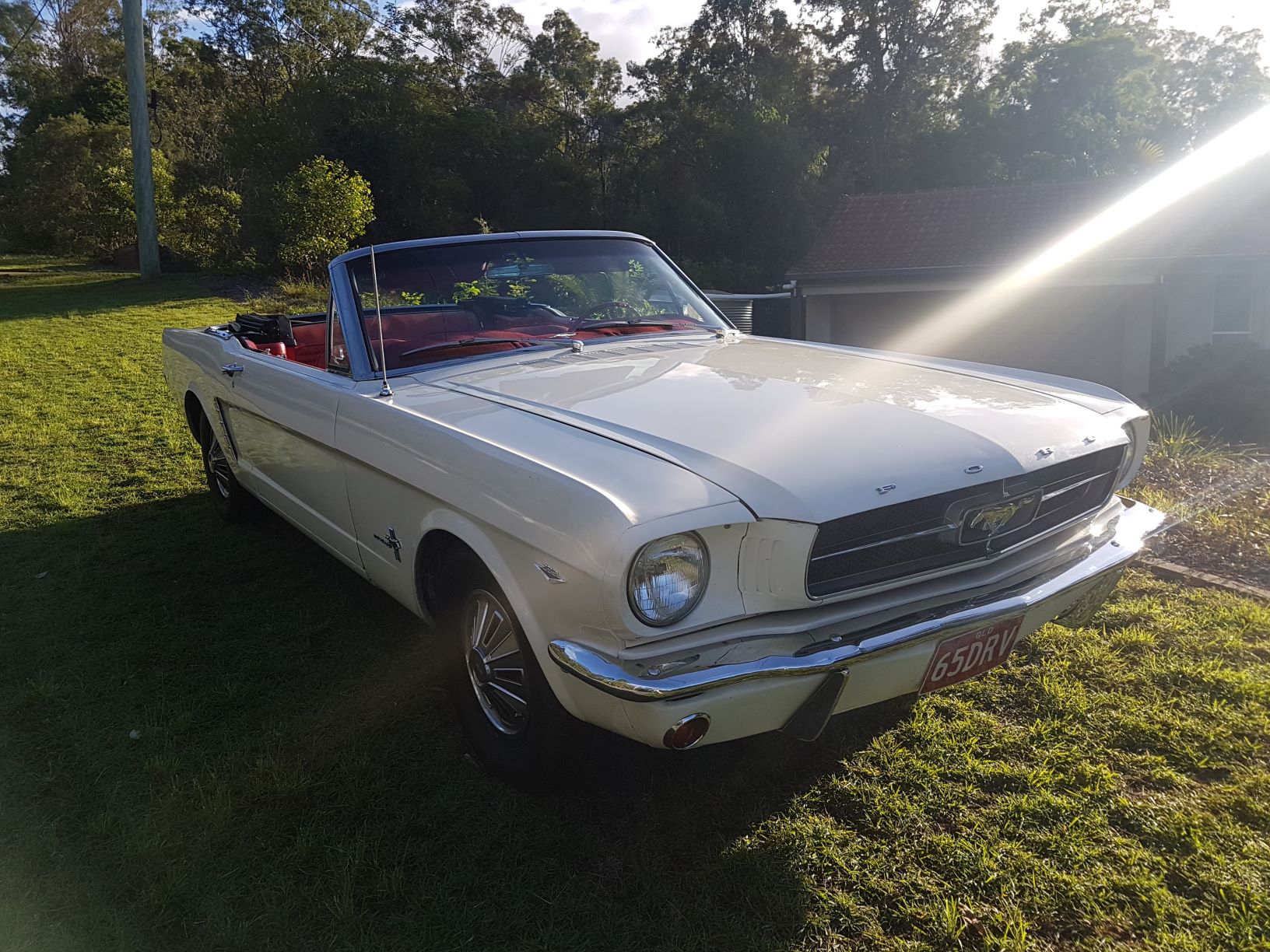 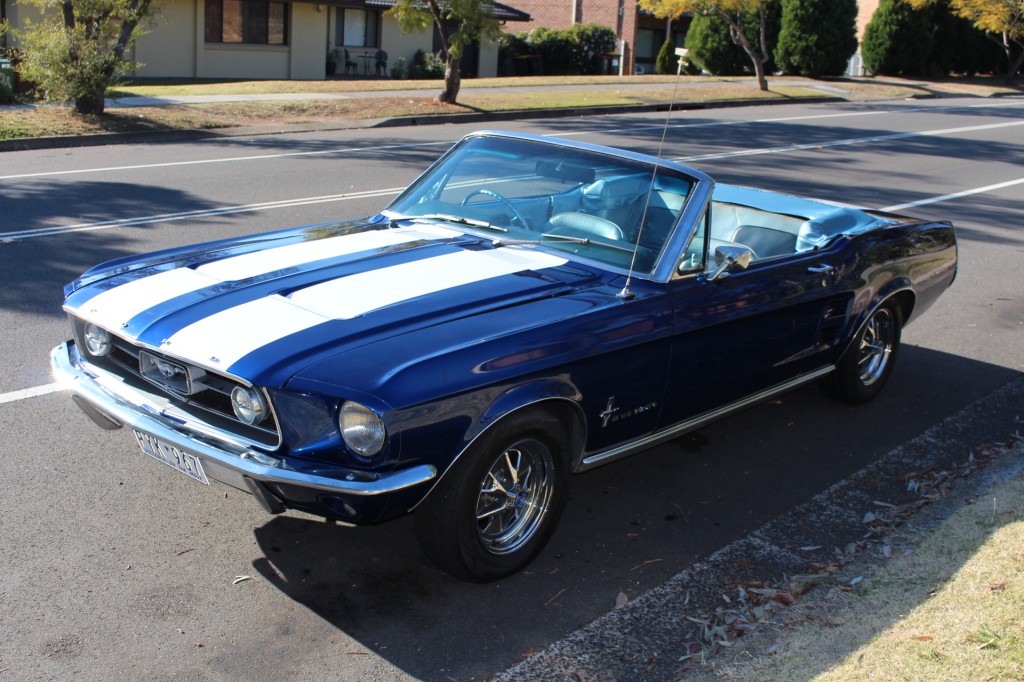 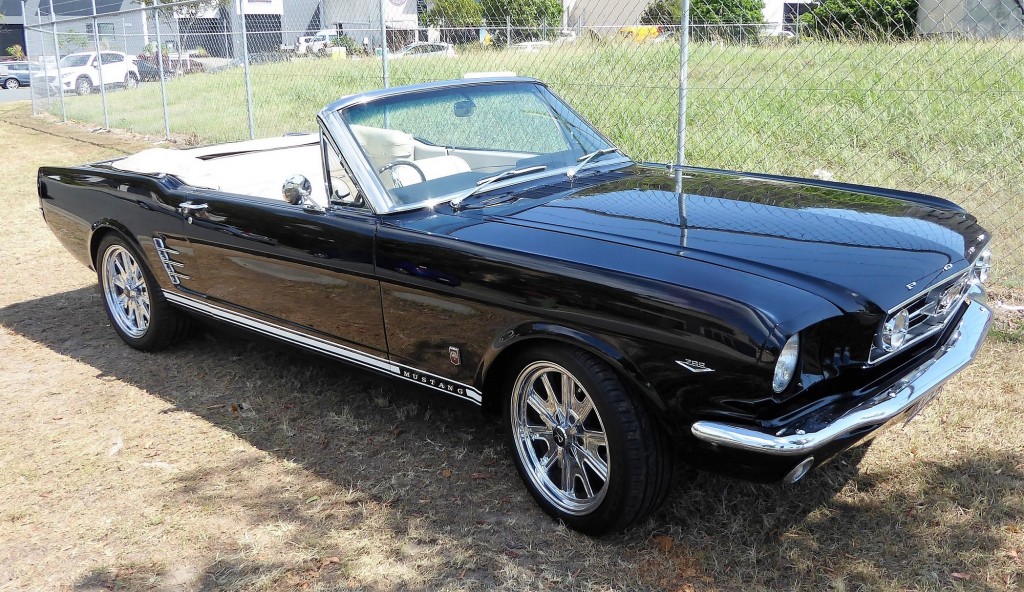 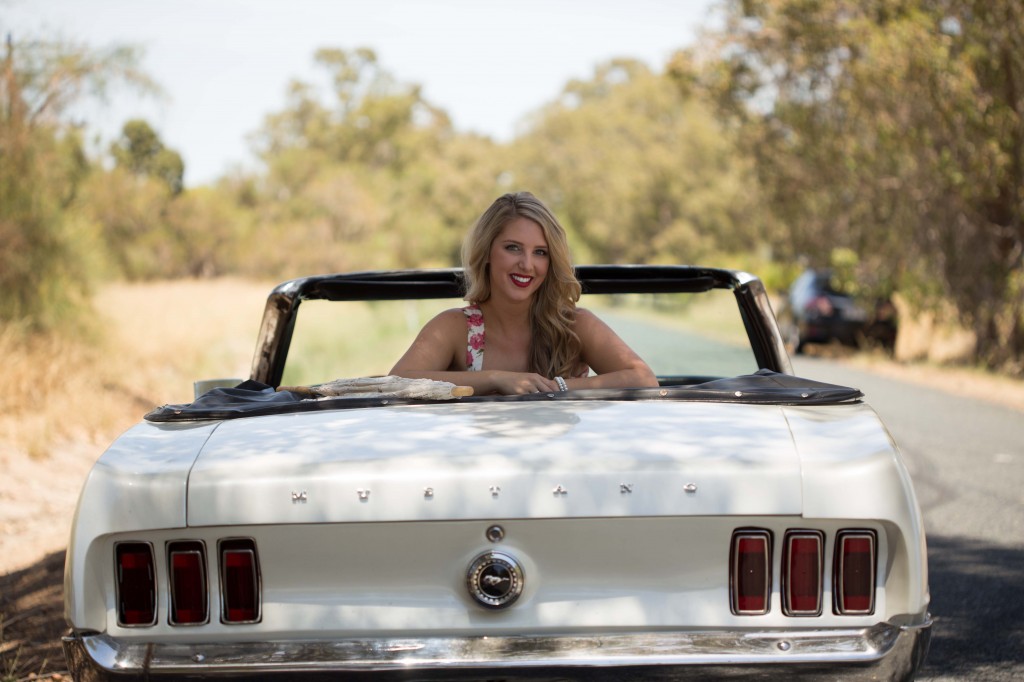 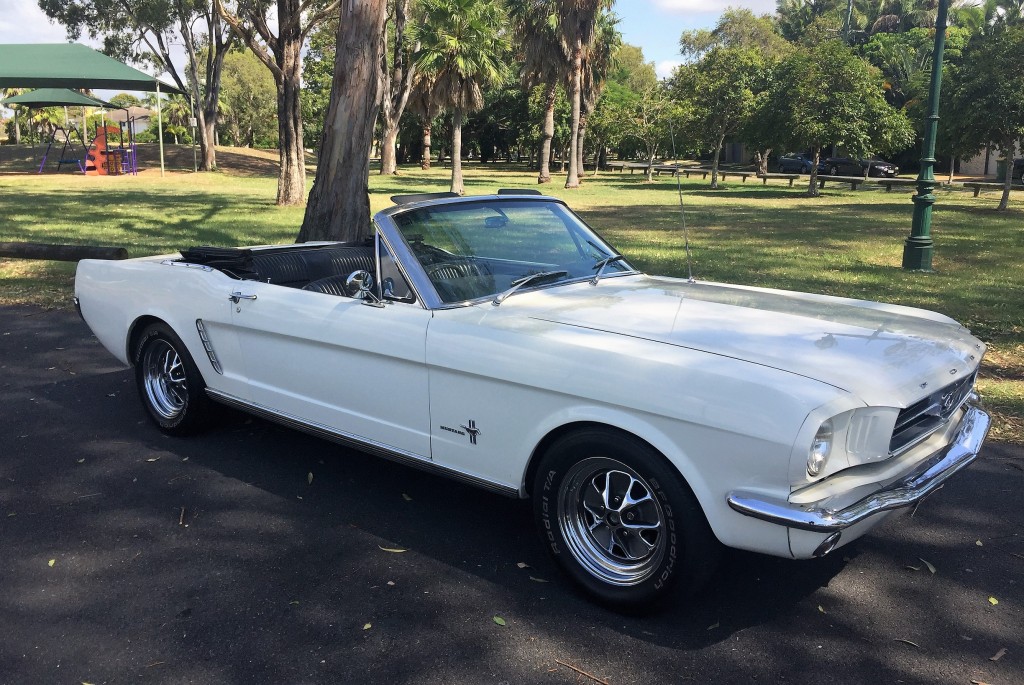 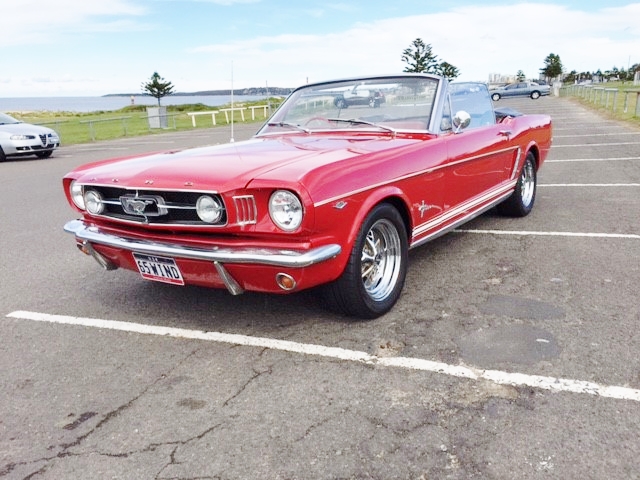 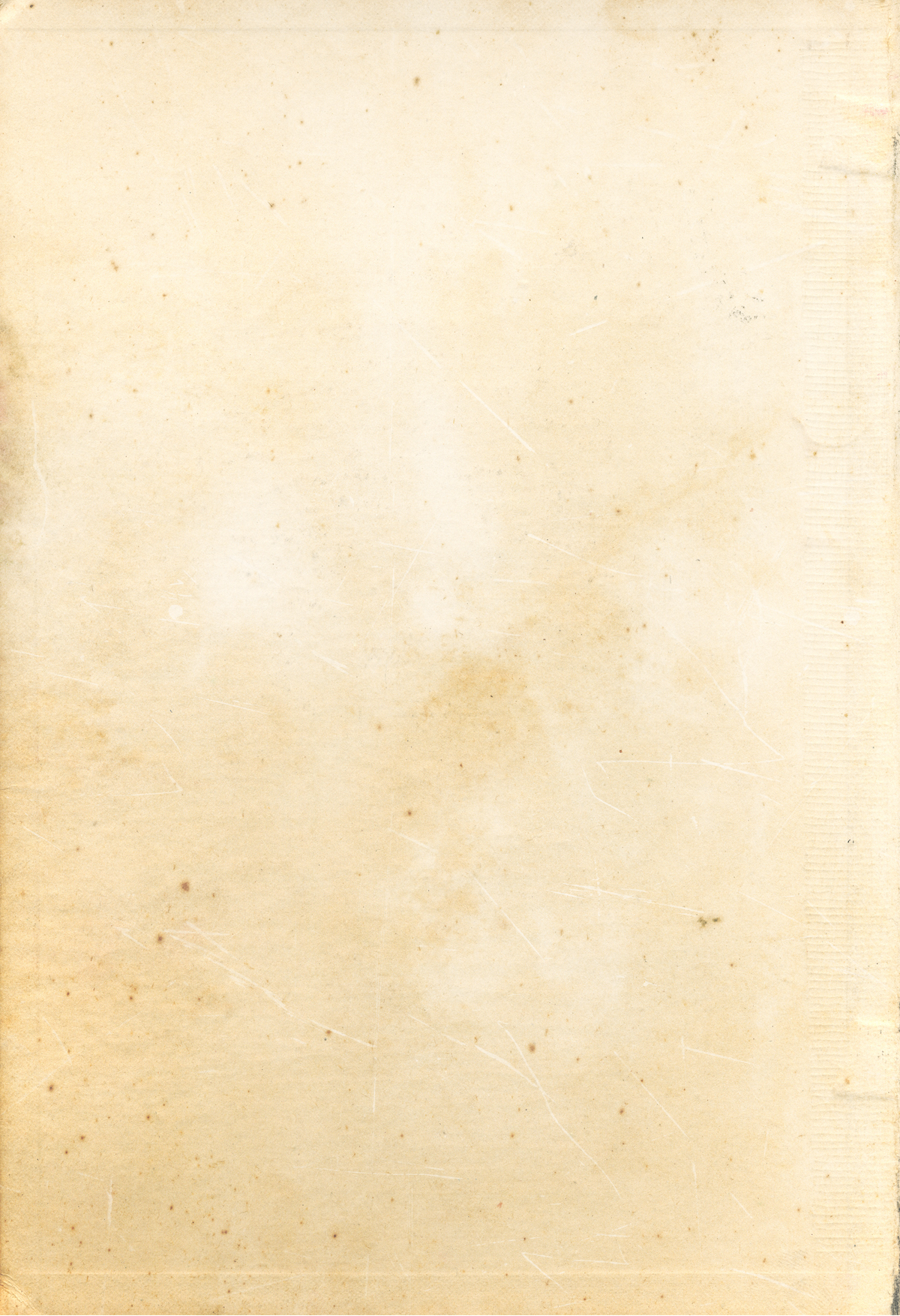